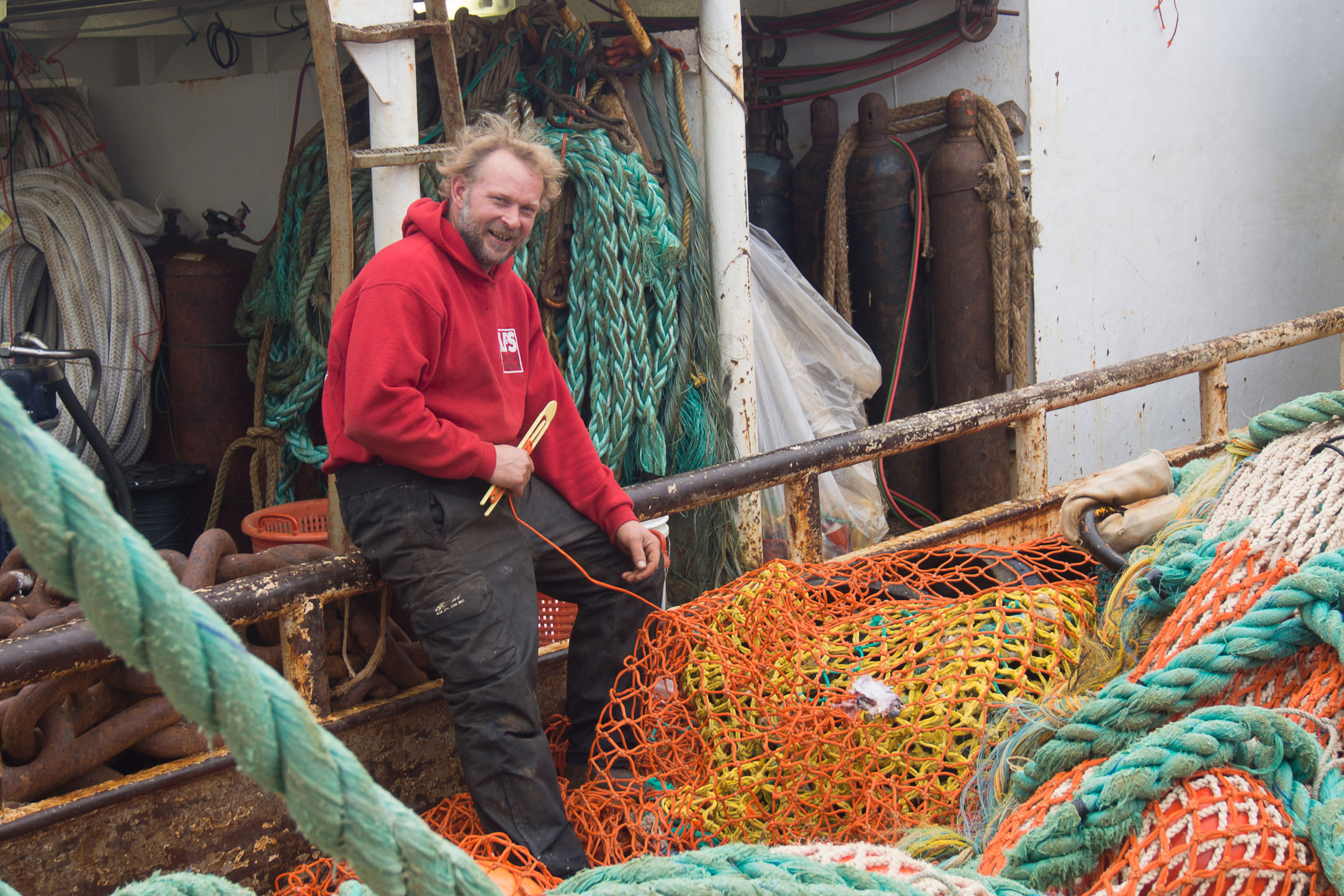 My name is Freddy Kapp, I have been fishing all over the Bering Sea and Aleutian Islands as well as the Gulf of Alaska for over 20 years. I started my career on a 150 foot crab processor vessel that processed on the crab grounds of the Bering Sea. I heard about the job by one of my fellow workers in Seattle at my part time job, so I decided to walk away from everything I had going and give fishing in Alaska a shot.

I signed a 120 day contract and off I went to Dutch Harbor, Alaska! I did 122 days aboard the 150 foot Aleutian Queen and then got off at St Paul island to fly home. I returned 3 months later for Arctic Alaska aboard the Unimak Enterprise; that is where I began my trawling career and began learning nets.

I switched to the small boat longline fleet in 1992 for about 4 years fishing Black Cod and Halibut out of Dutch Harbor, Kodiak, and Seward, Alaska. Then I returned to trawling in the middle nineties and have been trawling ever since.

My job aboard the vessel is Bosun and I am in charge of the entire trawl deck area of the vessel. I build a few nets we use for the Aleutian Mackerel and POP fisheries throughout the year.

I enjoy showing the younger guys coming up in the industry the trade of building these nets from scratch. While fishing my job is to set and haul our nets as well as maintain them when they get damaged.